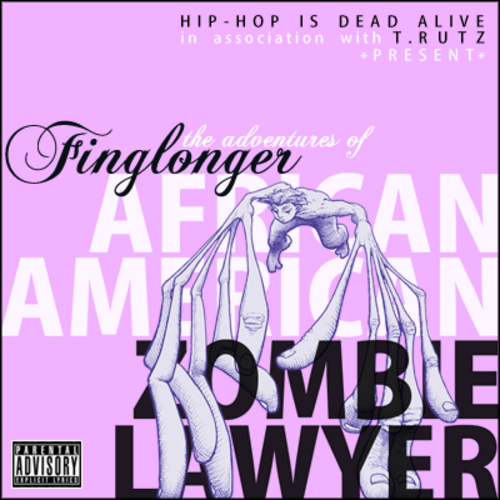 The new album by African American Zombie Lawyer– The Adventures of Finglonger— drops today.  It features a cameo appearance by me, Scott Kenemore, as well as 23 or so awesome rap songs!

AAZL will be appearing at South By Southwest, and making other media appearances.

I’m a big AAZL fan, and not just because they have the word “zombie” in their name (though that is awesome).  They conflate the quirkiness of Kool Keith, with the inventiveness of MC Paul Barman, with the rap-battle aggressiveness of Big Daddy Kane.  Or something.  Anyway, the point is, you should check ’em out!