Last week, I watched the 1969 film They Shoot Horses, Don’t They?.  Electing to do so was not a decision at which I arrived easily.

I’d heard Horses was a sad movie directed by Sydney Pollack, which more-or-less sounded promising.  I enjoy sad movies when they’re well done (like The Straight Story and Dancer in the Dark), and I really, really like Sydney Pollack movies (Three Days of the Condor might be my favorite).  So far so good, right?  However, I also learned something else about the film.  Something truly horrible… 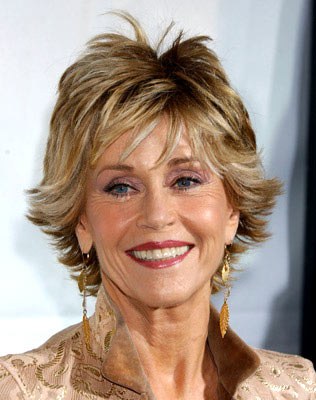 It has Jane Fonda in it.  Usually, this is enough to make me forswear a filmed entertainment, sight unseen.  (I hate Jane Fonda with a deep, constitutional distaste.  I hate her like Trey Parker and Matt Stone hate Barbara Streisand.  I don’t hate her the way old conservatives do– for being a liberal and supporting the North Vietnamese and so forth.  Rather, I hate her as a creation of the cultural arbiters of the 1970’s, who decided that this was the “new woman” and/or the “new face of the American female.”  I feel like saying: “Really, 1970’s America?  This was the best you could do?  Jane fricking Fonda?”  In her movies, Jane Fonda acts like a precocious– and only slightly talented– child of privilege who has been told one too many times by fawning parents that she is “special.”  This precociousness finds a way to come through in every role she plays.  It is exceedingly offputting, and makes me hate all of her movies.)

But, as you will have deduced, I went ahead and watched They Shoot Horses, Don’t They.  It was not good– mostly because of Jane Fonda– but, to my considerable surprise, it was a lot like a zombie movie, which is why I am writing about it here.

They Shoot Horses, Don’t They is the story of a shabby coastal ballroom that hosts a marathon dance competition during the Great Depression.  That might sound like fun, but it turns out this contest is to be a grueling endurance-test, with the participants allowed only a few minutes each day to eat and rest.  Times are so tight and the prize money so great ($1,500) that many are convinced to enter the contest out of desperation.  Some entrants have health conditions (like advanced age and pregnancy) that make participation in such a contest– that can last for weeks or months– medically unwise.  And yet they enter anyway out of financial distress and sheer hopelessness.

Are we sad yet?

Anyway, the zombie aspects of the film begin to emerge as the dance contestants (amid boring romantic subplots) get a few weeks into the competition.  They are so tired from being up for days that their “dancing” begins to resemble the stumble of zombies.  Like really resembles.  Cavorting together on the dance floor, the dancers look like nothing more than a group of the undead that have accidentally wandered into a ballroom.

And I thought, “Okay, that’s just a coincidence.  I’m only seeing this because I think about zombies all the time.”

But then the narrative structure of Horses also began to resemble that of a zombie film– in particular, postmodern zombie films in which the undead are used for sport or amusement.  With a carnival-like atmosphere erected to surround the somnambulistic dancers in Horses, I thought of the zombies chained for amusement in Land of the Dead, the zombies wrestled by luchadors in Enter… Zombie King, and even the zombies exploited for profit by Bela Lugosi in White Zombie.

And, as in any film where zombies are used for amusement or profit, things don’t end well.  Cracks begin to show in the dancers as the contest drags on and on.  Signs that all of this is headed some place very, very bad begin to become apparent, and yet the ballroom emcee (who also seems to own the venue) chooses to ignore them and insists the show must go on.

I won’t detail the ending of Horses in case you want to watch it, but let’s just say that exploiting poor, sleepy dancers proves to have been be a bad idea.  (Hint: The word “shoot” is in the title of the film.)

In conclusion, I can’t go as far as to recommend an ironic viewing of this film for zombie fans.  (It’s just not a fun experience.)  But I mean, if I were writing some Master’s thesis on the influence of the narrative arc of zombie films, I’d definitely make They Shoot Horses, Don’t They a point of study.